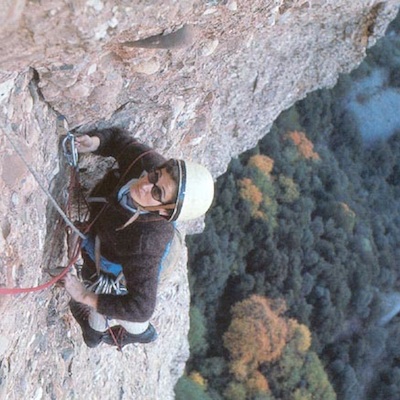 Elisabeth Verges, 76 years old, is the wife of Josep Manuel Anglada. However, she is known for much more than that, because she is a pioneer in women's climibing in Spain. Despite she was teacher of chemistry industry, she has accompanied her husband on most of his trips and expeditions. Although in most travel she waits on base camp, she has also climbed mountains like Kilimanjaro (5895 meters), and that is why she has become on one of the women who has promoted and opened the way to spanish female climbing.

Bilbao Mendi Film Festival will pay tribute to her husband, Josep Manuel Anglada, and will give him the WOP Foundation Award 2015 on 19 December, at 7:30pm.