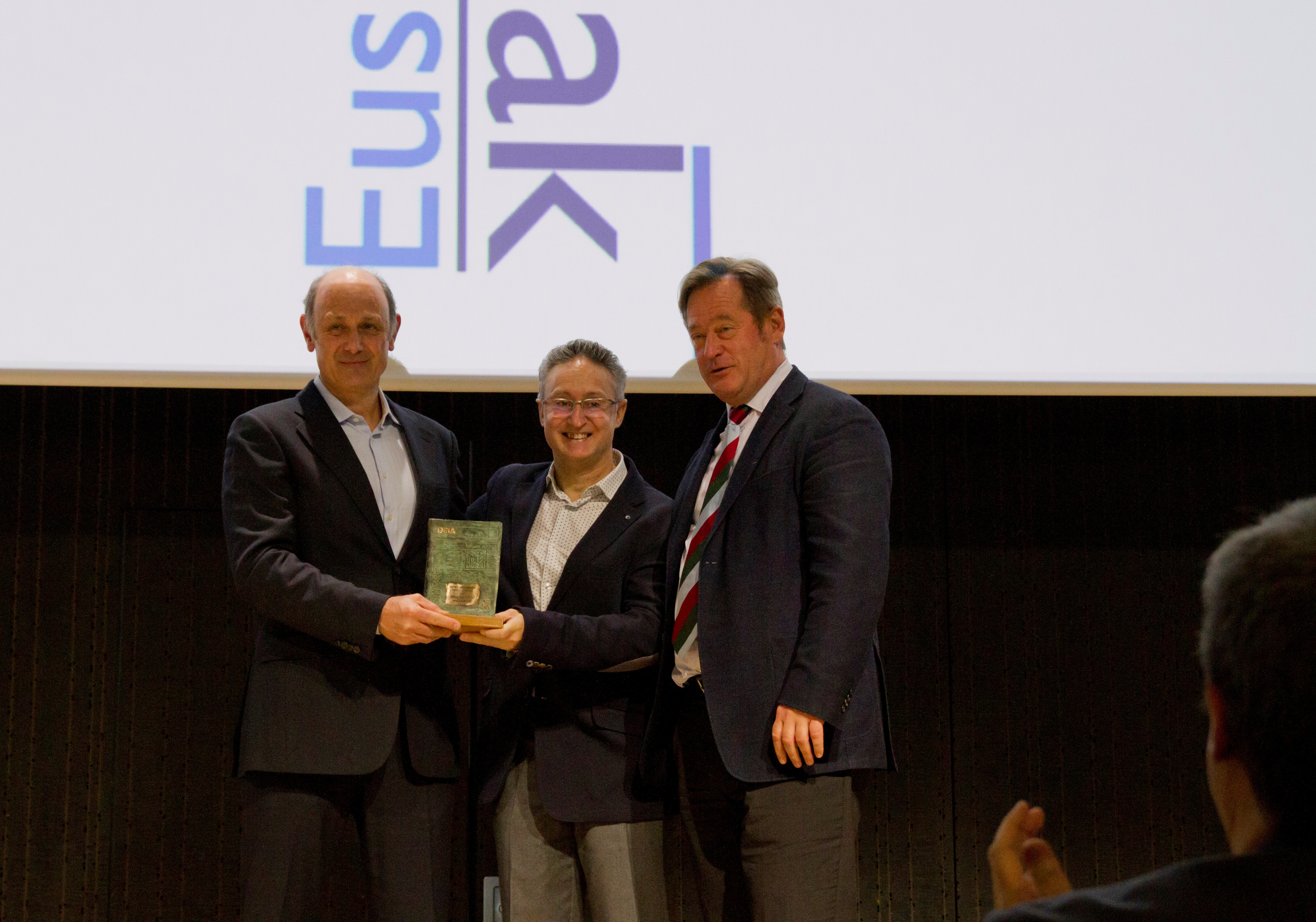 Bilbao Mendi Film Festival has received the Sports Event Organization Award at the Kirol Sariak 2018 of the newspaper DEIA.

The oldest of the Biscayan press awards recognizes the work that during 11 editions -7 of them in Bilbao- the Mendi has done in the dissemination of the best mountain cinema, a fact that makes Bilbao the center of attention worldwide during the celebration of the festival in December. 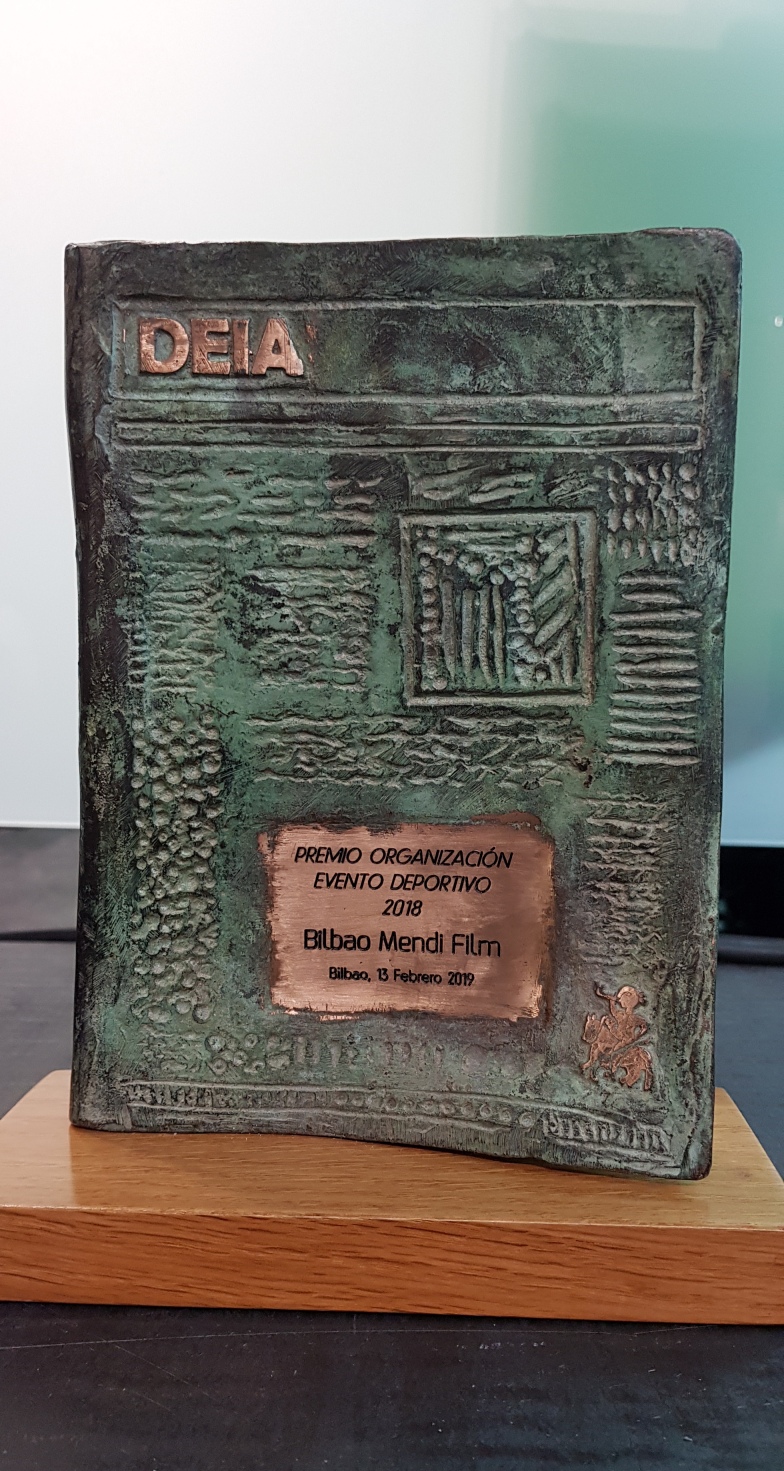 On behalf of the Mendi, its President Eduardo Martínez, and its Director and President of the International Alliance for Mountain Film-IAMF Jabier Baraiazarra, received the award at the ceremony held on Wednesday night at the Euskalduna Palace of Bilbao. 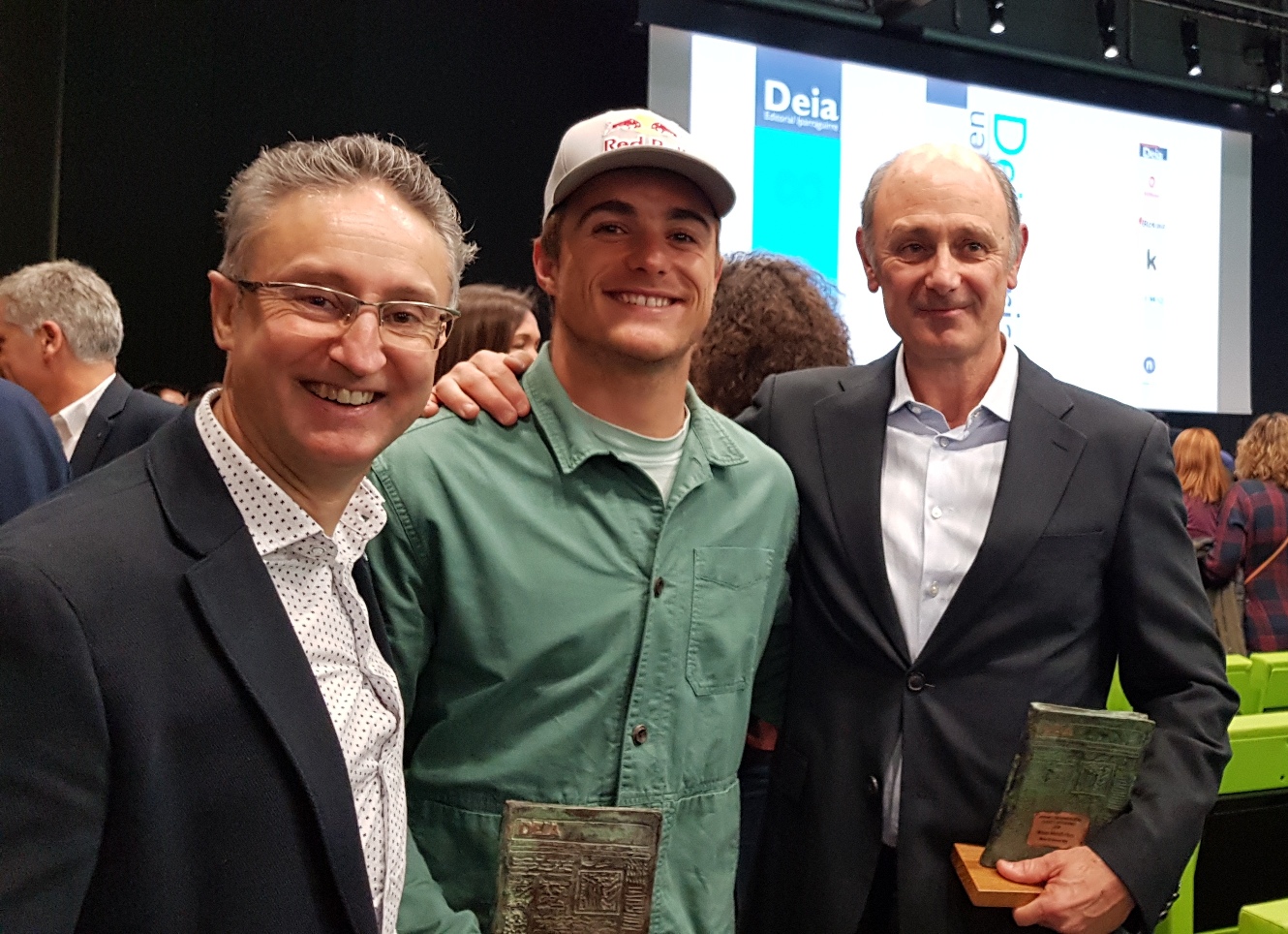