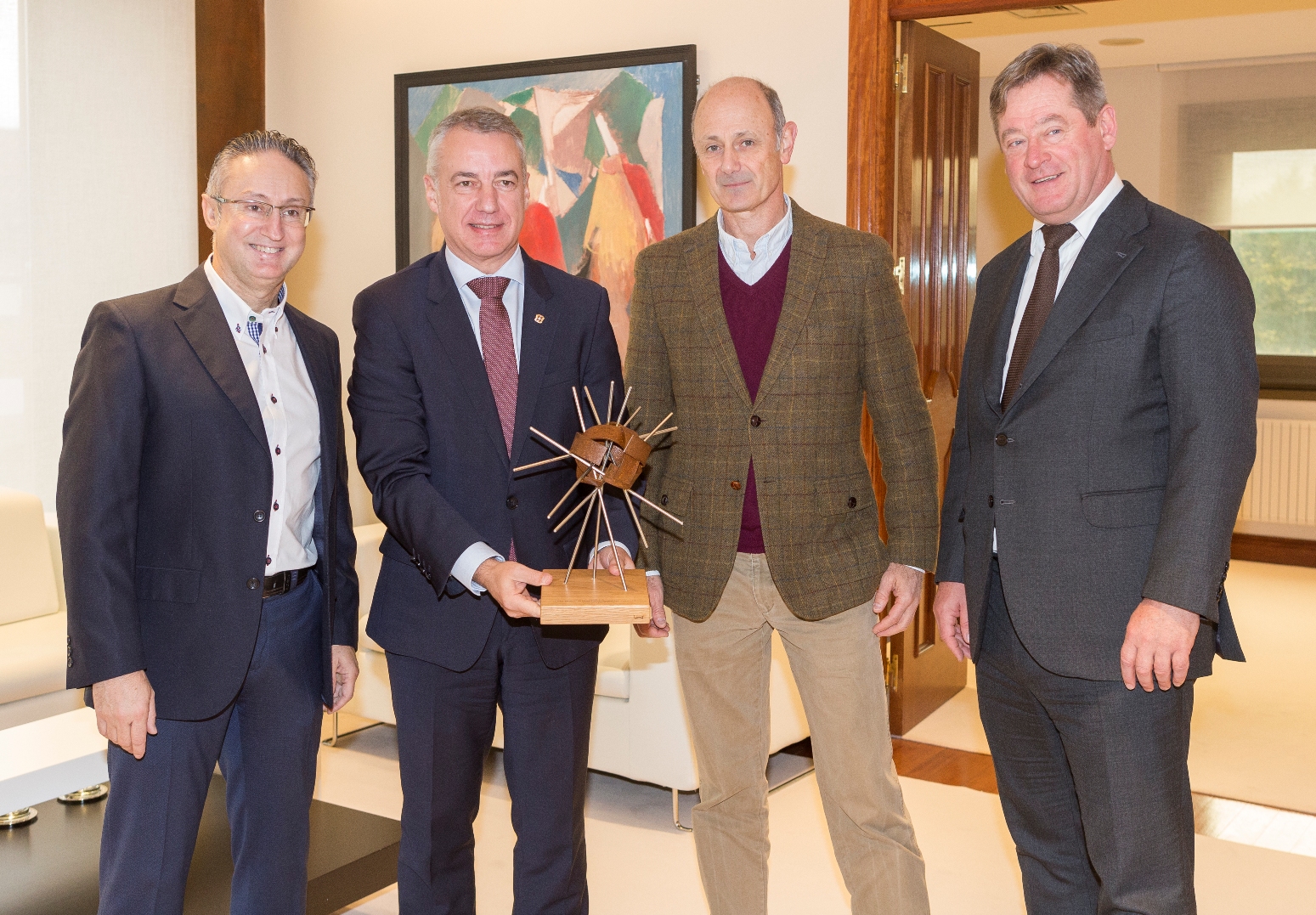 Lehendakari Iñigo Urkullu, the Basque Premier, today offered a reception, in Vitoria-Gasteiz, to Eduardo Martínez and Jabier Baraiazarra, president and director of the Mendi Film. The Minister of Culture and Linguistic Policy Bingen Zupiria has been the one who has guided the meeting.

At the meeting, they have discerned about the trajectory and details of the Mendi Film, which is ready tostart its 12th edition. Imminent projects and the planning of the Mendi Film have also come up in the new decade ahead.

Lehendakari Iñigo Urkullu, has received from the members of the Mendi Film, the Eguzkilore trophy.