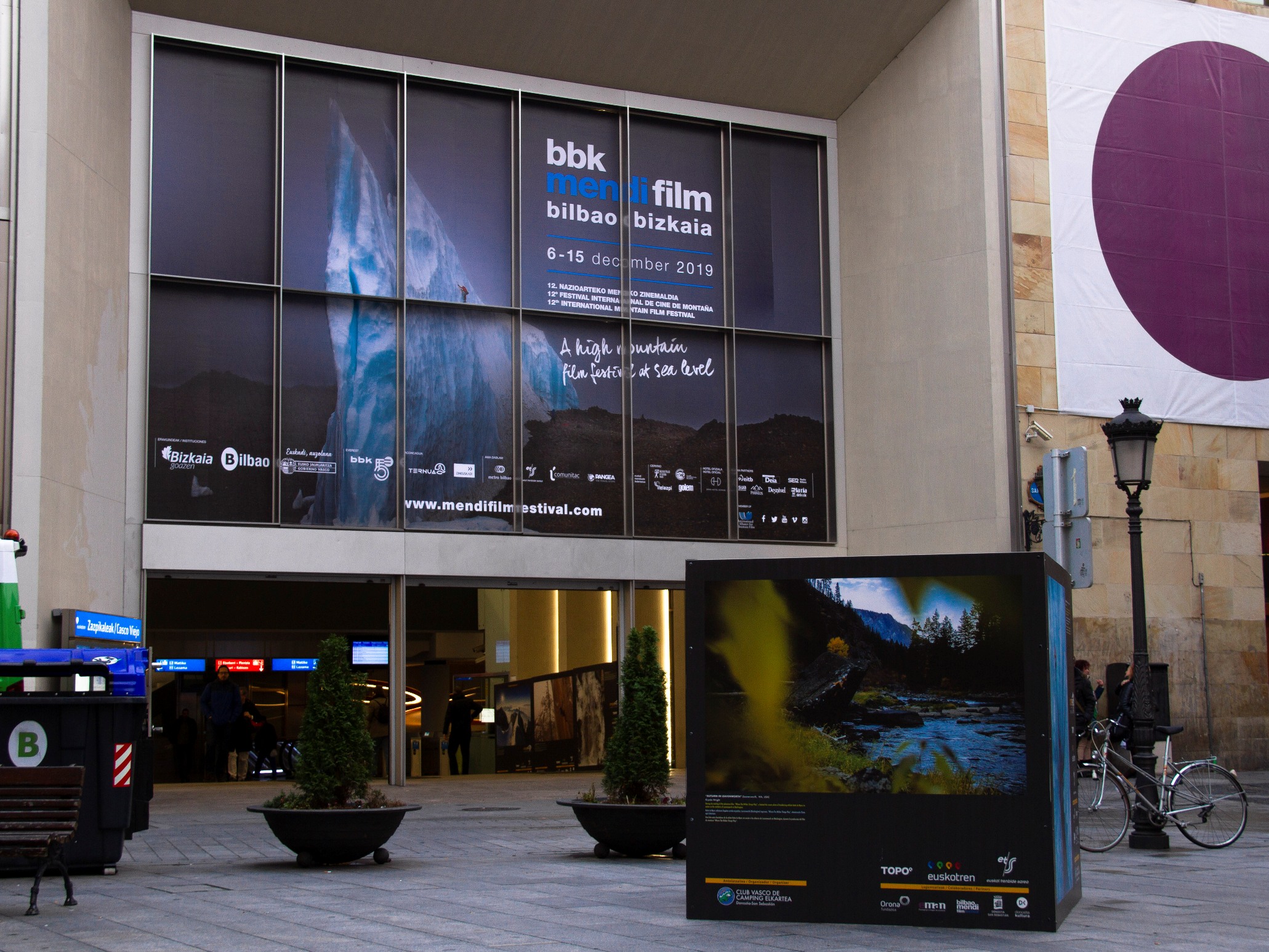 The 12th edition of BBK Mendi Film Bilbao-Bizkaia begins to be presented in Bilbao, through the first photographic exhibitions in Metro Bilbao and Euskal Trenbide Sarea-ETS: Beneath the Ice by photographer Christian Pondella, and the selection of the 20 best pics of the international mountain photography contest CVCEPHOTO 2019. 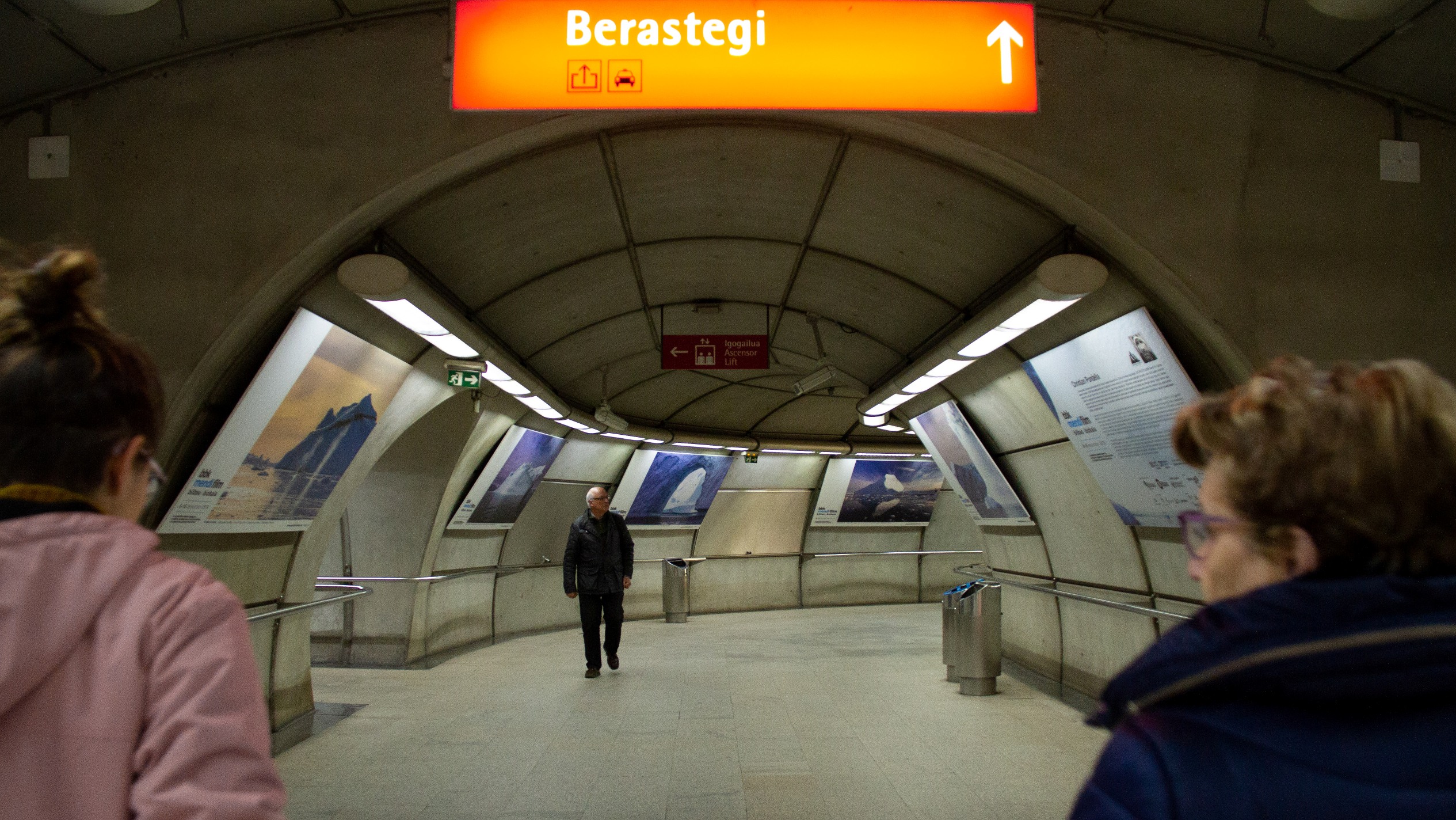 Beneath The Ice by Christian Pondella

This exhibition is about a trip to the depths of the Greenland ice field. Photographer Christian Pondella ─CVCEPHOTO'19 BBK Mendi Film Poster award winner─ and climber Will Gadd flock to the base of a spectacular moulin, a giant hole in the glacier created when surface water finds its way into a crack in the ice and melts through. They discovered a sparklingly beautiful, but terrifying 90-metre-deep cavern, with a roof made of hundreds of tonnes of cracking, creaking and groaning ice. In this kind of environment, pretty much anyone with a camera or a phone can take a really amazing picture. Therefore, as a pro photographer, you have to find ways to exceed that. You have to be dynamic, evaluate the situation and give depth, use foreground, middle ground, background, try to do something that evokes emotion, put the viewer into the picture, use dramatic lines and shadows, and draw them into the subject. 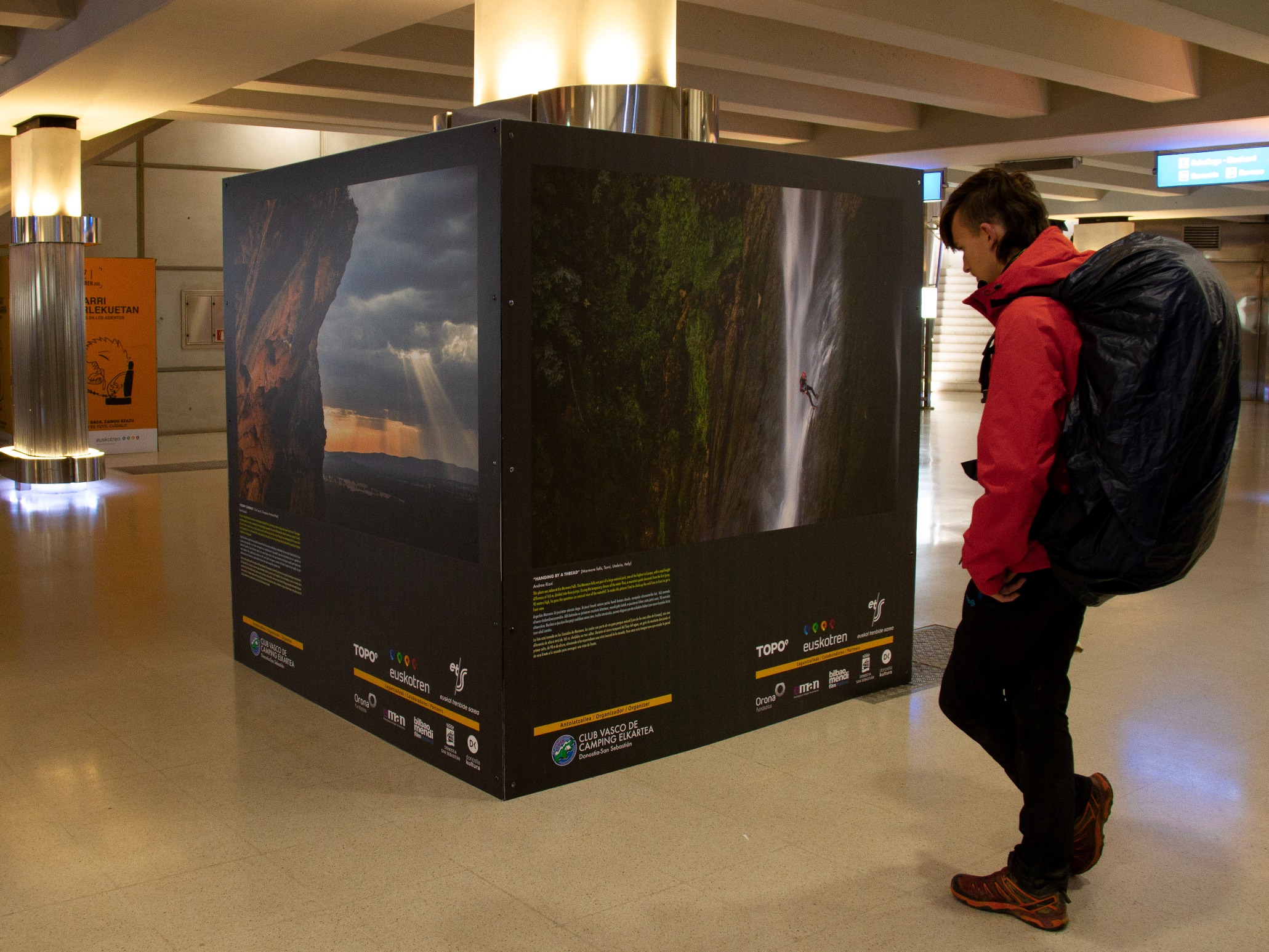 As in previous years, the 20 photographs awarded at the last edition of CVCEPHOTO will be displayed at Sala BBK during the festival. CVCEPHOTO is the International Mountain Photo Contest held by Club Vasco de Camping Elkartea from San Sebastian. Said pictures will also be exhibited in a larger format at the entrance of the ETS-Euskal Trenbide Sarea Station of Zazpikaleak /Casco Viejo. There will be a guided tour on Saturday, 7th December. Innomnata by Ralf Gantzhorn, The Rock Town by Petr Piechowicz, and Marble Ice by José Allende Marcos were the three top finalists at CVCEPHOTO’19. Furthermore, Christian Pondella’s Top of Africa got the BBK Mendi Film Poster Award, and he will be one of the special guests at this year’s BBKMF. Along with these four pictures, the 16 photos that received the Honourable Mention will also be displayed in this exhibition. 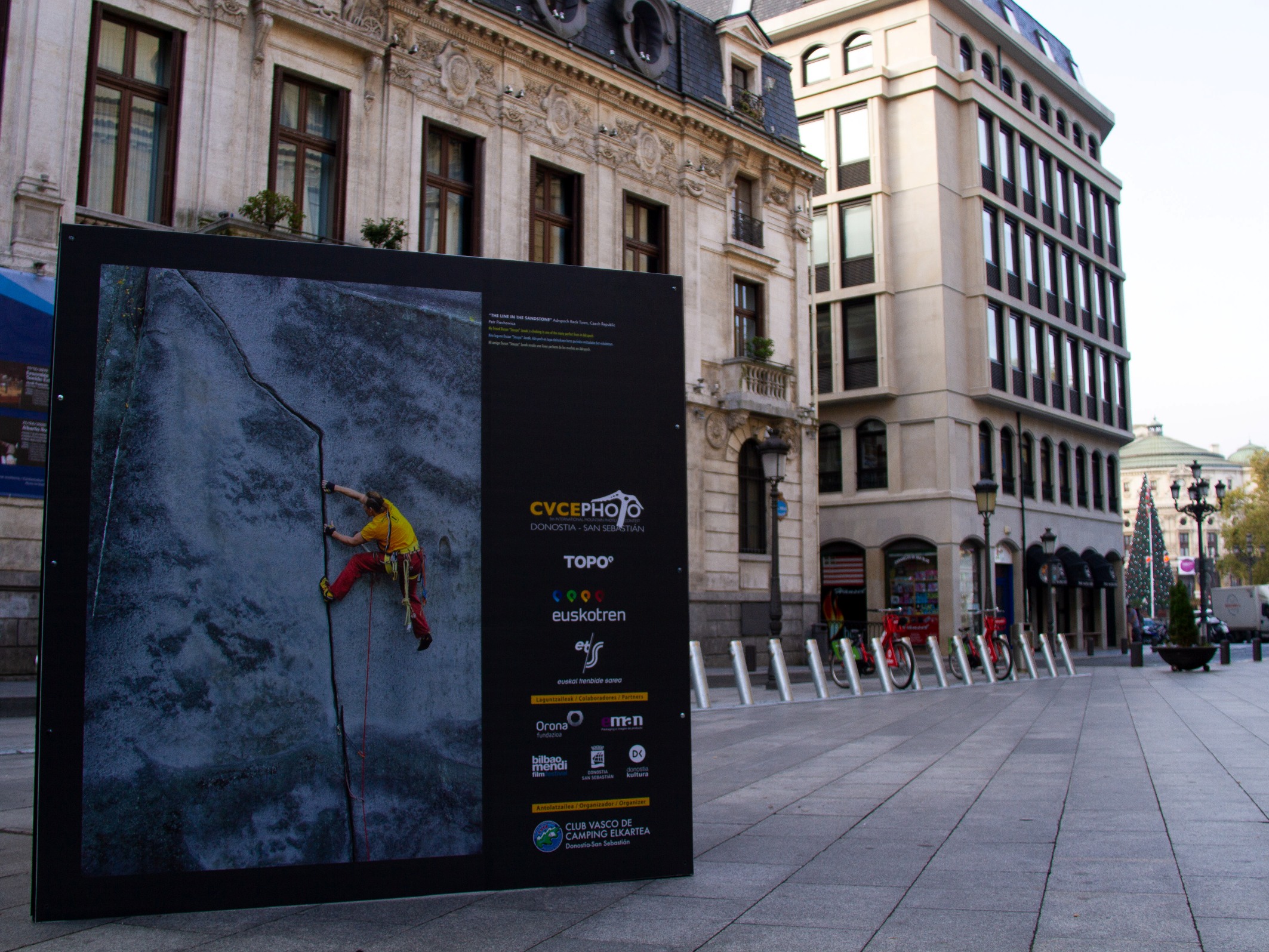