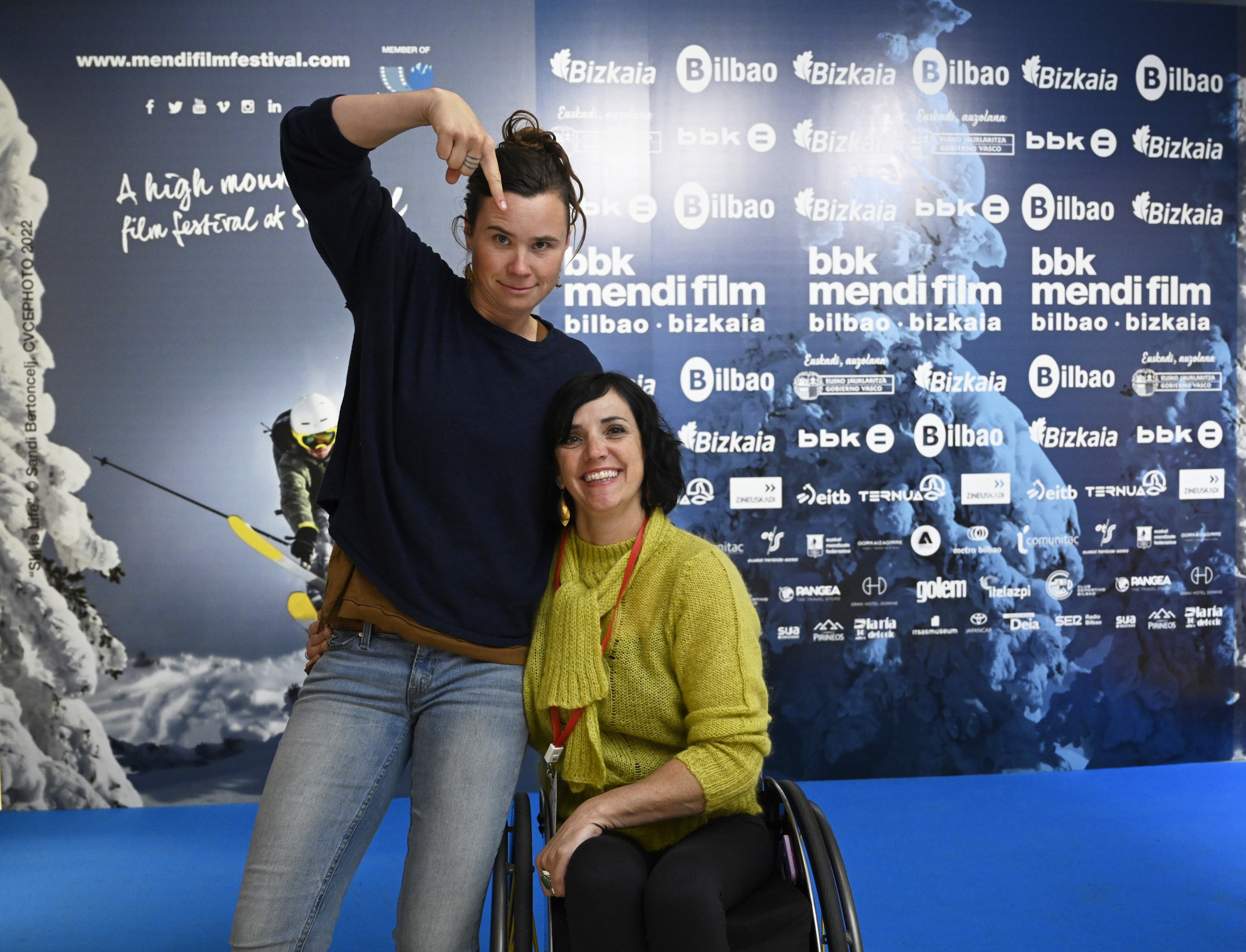 The film "An Accidental Life" has won the Grand Prize of BBK Mendi Film Bilbao Bizkaia. Directed by Henna Taylor, the film revolves around the life of Quinn Brett, a climber who on October 11, 2017 suffered a traumatic accident while climbing in El Capitan, Yosemite. Amazingly she survived to be able to tell the story, but at the same time she had to face the irreparable consequences of the accident, leaving her paraplegic. Both, Henna Taylor and Quinn Brett, have been in Bilbao these past days, presenting the film, and in addition to the verdict of the Jury, they have received the warmth and recognition of the spectators of the Mendi Film.

In total, 16 prizes have been awarded at the ceremony held on December 18, 2022 in Sala BBK. 13 of the 56 films that have been screened in the official section are included in the list of winners of this edition, the 15th of Mendi Film. The total amount of the prizes is 25,200 euros. 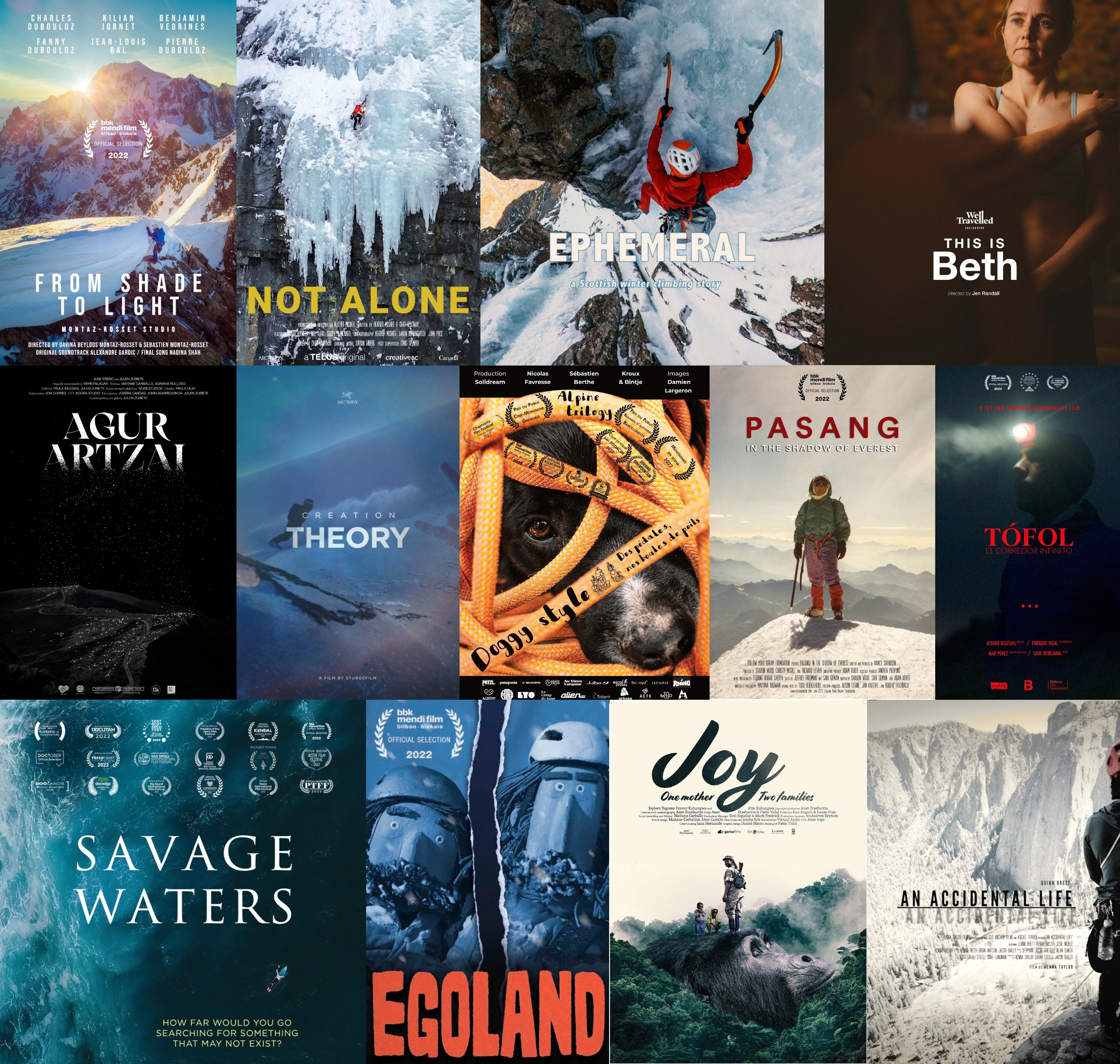 The film is exceptional in the way it tells a story about the of overcoming incredible challenges, regaining joy and embracing things in life that most of us, take for granted.

The director finds the balance in telling via the light and shades, the story of the protagonist, thanks to her intimate and confidential gaze.

A thoughtful choice from the director´s point of view captures strong feelings of extreme alpinism, achieving an effective construction when approaching the story told.

Mountains bare dangers and can cause traumatic experiences. The film emphasizes how important it is to find ways to overcome traumas and marks a new and precious chapter in mountaineering.

The film underlines the essence of cinematography, the right position of the camera converging with the right moment when shooting and when to shoot. The difficulty of filming despite the adverse conditions produces brilliant sequences as a result.

In the world of climbing, thinness and physical prowess are linked to the concept of perfection. Beth breaks this taboo by restoring the pure pleasure of climbing.

For the ability of the director to capture in a poetic, delicate and minimalist way the concept of time passing by and the recording of what disappears.

The film is a remarkable example of how images and music live together; the soundtrack is the pulse of this production.

This film gives us the unique possibility to be with the climber during the ascent and further on. His torrent of thoughts brings us on a trip deep inside to the light, passing through fear, desperation, and claustrophobia.

The film creates an entertaining and humorous story from a seemingly light-hearted point of view that records the achievements of two great climbers travelling in a more sustainable and "musical" way.

“Pasang: in the shadow of Everest”

This touching film, with a wealth of testimonials and archival material, brings us closer to the revolutionary life of Pasang Lhamu Sherpa, who continues to inspire generations.

Generosity, humility, hard work and continuous effort are the driving forces behind the construction of the identity and history of a great sportsman, told in a close and effective way.

With beautiful cinematography, the film teaches us the importance of the protection of nature in parallel to a particular and referential story of a woman.

SPECIAL MENTION OF THE JURY

The meticulous work going into a stop-motion film, the music and the ironic way of demonstrating ego in mountaineering world, makes this movie remarkable.

SPECIAL MENTION OF THE JURY

Under a remarkable cinematography, the movie hides a treasure: the tale of a family of adventure lovers exploring the world as a way of life.

This short film shows the last remnants of a rather traditional practice, such as the grazing carried out in the Gorbeia Natural Park, and from the shepherd's own nostalgia, but also from the point of view of the from the viewpoint of the youth (but also with a flavour of melancholy) given to us by the author and narrator of the story. Covering topics such as the life not only of the main character, but also of the office of shepherd itself, of the "artzai", and of this world that little by little seems to come to an end.

It is, possibly, the complementation of both points of view, together with the closeness of the author towards the subject, which makes "Agur Artzai" a round work, script and aesthetics spoiled. The vision of Julen Zubiete captures in a sincere, but above all empathetic way, the subject that addresses, something that manages to enhance with the delicate use of the camera. Paused plans, with controlled dilation management.