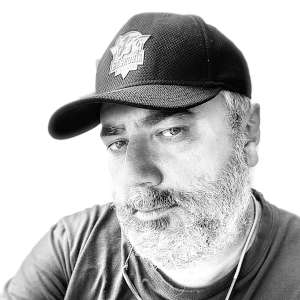 Kepa is a film director and screenwriter, as well as Professor of Film History in the Department of the History of Art and Music at the Faculty of Arts of the UPV/EHU. As a filmmaker, he has directed two feature films, ‘La pequeña Suiza’ (2019) and ‘El síndrome de Svensson’ (2006), as well as a television series, ‘Platos sucios’ (2000) and seven short films, including ‘Loco con ballesta’ (2013), for which he was nominated for a Goya Award. He directed the Cortada short film festival in Vitoria-Gasteiz between 2009 and 2020.