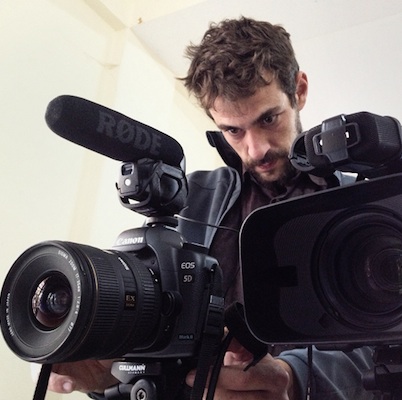 Director of the film ‘Panaroma’

Jon Herranz born in Getxo (Bizkaia) in 1980, and has directed numerous videos of climbing and outdoor sports with hundreds of thousands of views around the world via the Internet and in collaboration with EpicTV, in addition to several sports documentaries as ‘Panaroma’, ‘Novato’ or ‘Restart’. His latest sports documentary ‘Panaroma’ has won several awards including the Prize for Best Film Golden Axe Grivel at the 2015 International Festival of Outdoor Adventure Sancandido-Innichen, and is part of the official selection of numerous film festivals. His short film ‘Novato’ has been selected in 14 International Mountain Film Festivals as Bilbao, Trento, Vancouver, Graz, South Korea and Kendal, among others. Jon Herranz has also directed social documentaries as ‘Sikyong. The political revolution of the 14th Dalai Lama’, ‘La plataforma’ or ‘Flames’, receiving awards including Best Film International at Film and Human Rights Festival of Barcelona. In Bilbao Mendi Film Festival presents 'Panaroma', his last work.