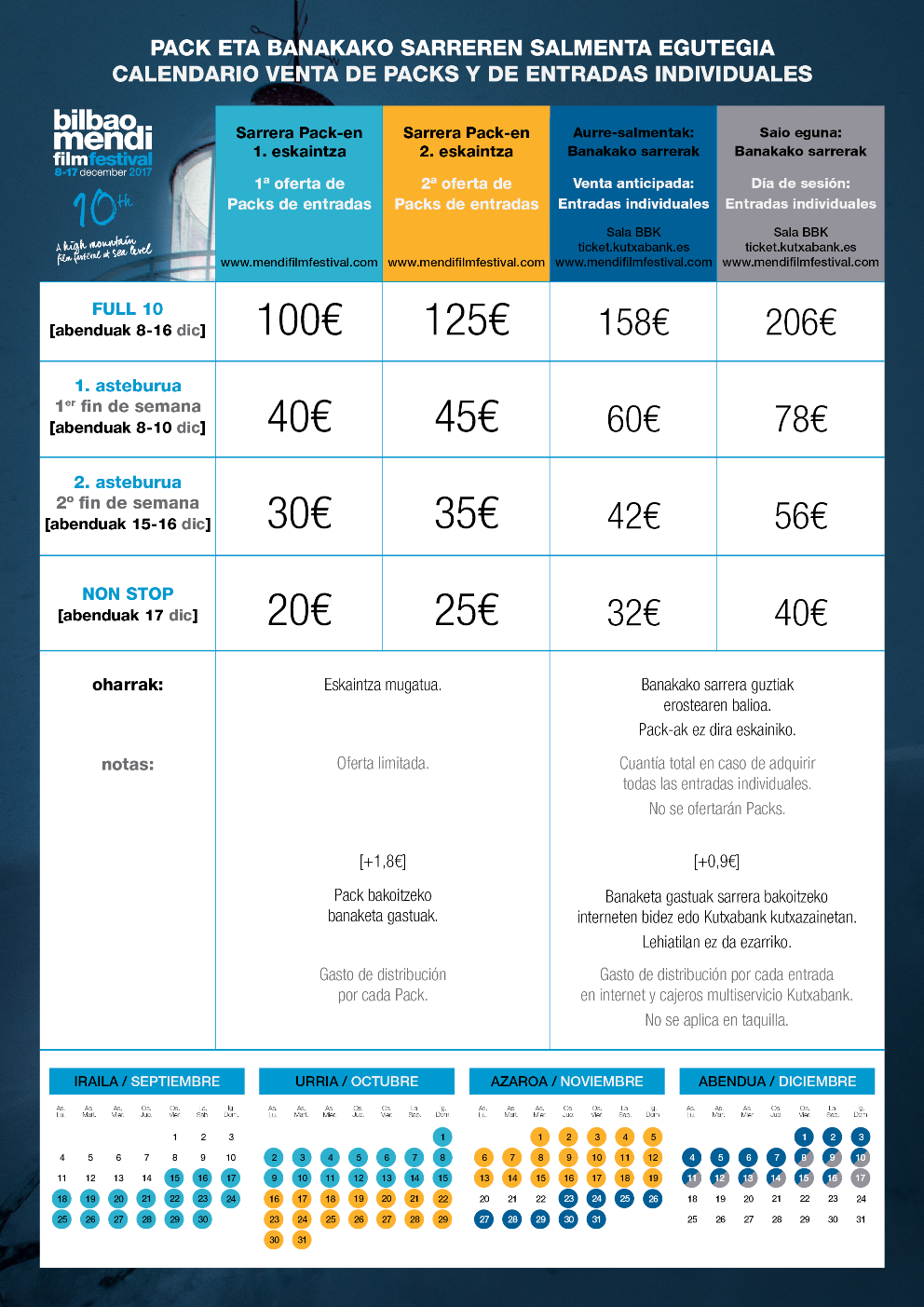 Get the ticket pack of Bilbao Mendi Film Festival's 10th edition that fits you best. Until October 15, the rebate will be of in winch 50% on last minute acquisitions.

There are four types of packs of tickets: the "10th anniversary FULL" which covers all the official section and conferences (Dec 8-16), the first weekend pack (Dec 8-9-10), the second weekend pack (15-16 December), and the Non Stop sessions pack that will close the festival (17 Dec).

This first offer is effective from September 15 to October 15. And on 16 October will be activated a second offer that will last until November 19. In this second case, the rebate will be around 40% in the four types of packs, always comparing with the price of individual purchase of these tickets in the days of session. The packs on sale are limited so both offerings will be closed before the end of term if sold out.

From November 23, there will be no possibility to buy packs of tickets, and will proceed to sell individual entries as has been done in previous editions of the Mendi Film Festival. The advance ticket (up to 23:59 eve of each session) also offers discounts of about 25% on the selling price of session day.

BMFF has created this new offer of tickets in order to involve his followers from the celebration of the 10th anniversary: the 9,000 spectators who supported Mendi Film Festival in the last edition, those who think joining this year, members of the MENDIZALE community,... They have a nice opportunity to give Mendi as a present.

MENDIZALE is the formula to become a supporter of the Mendi Film Festival Bilbao. The campaign has been initiated this year taking advantage of the numerous citations of the Mendi Tour. Our website now offers the opportunity to join the community: join the MendiZALE community.