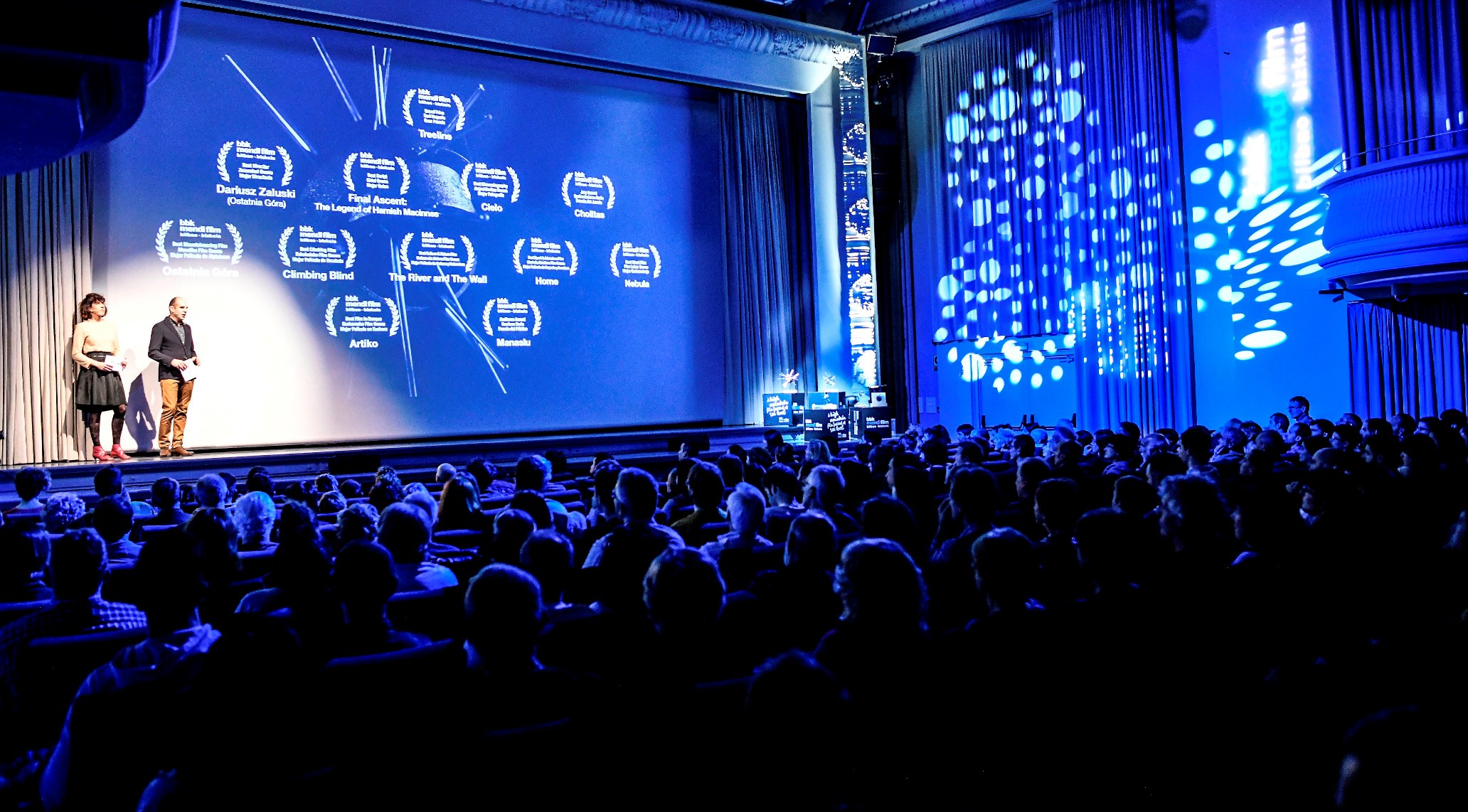 With a month to go for the 14th edition of the BBK Mendi Film Bilbao-Bizkaia mountain film festival (3-12 December 2021), we are pleased to announce the selection of films that will be screened.

There are 52 films, including feature films and short films, representing 11 countries, mostly European. Spain and France stand out with 15 and 10 films, among which are 11 Basque films. The United States with 7 films, and Canada with 4, are the extra-European countries that remain faithful to the Bilbao event. United Kingdom (5), Italy (3), Austria (3), Slovakia (2), Germany (2) and the Polish-German-Swiss co-production 'Sciana Cieni (The Wall of Shadows)', complete a luxury selection for the imminent edition of Mendi Film.

We certify that we will be able to enjoy once again the best mountain and adventure cinema, with the full capacity recovered at the festival's screening venues (Sala BBK, Euskalduna Palace and Golem Cinemas), and once again the Mendi FilmFestival is going to also be on the on-line platform to watch the films on demand.

Advance ticket sales will be activated on November 19, the day of the official presentation of the 14th edition of BBK Mendi Film Bilbao-Bizkaia to the media and sponsors.