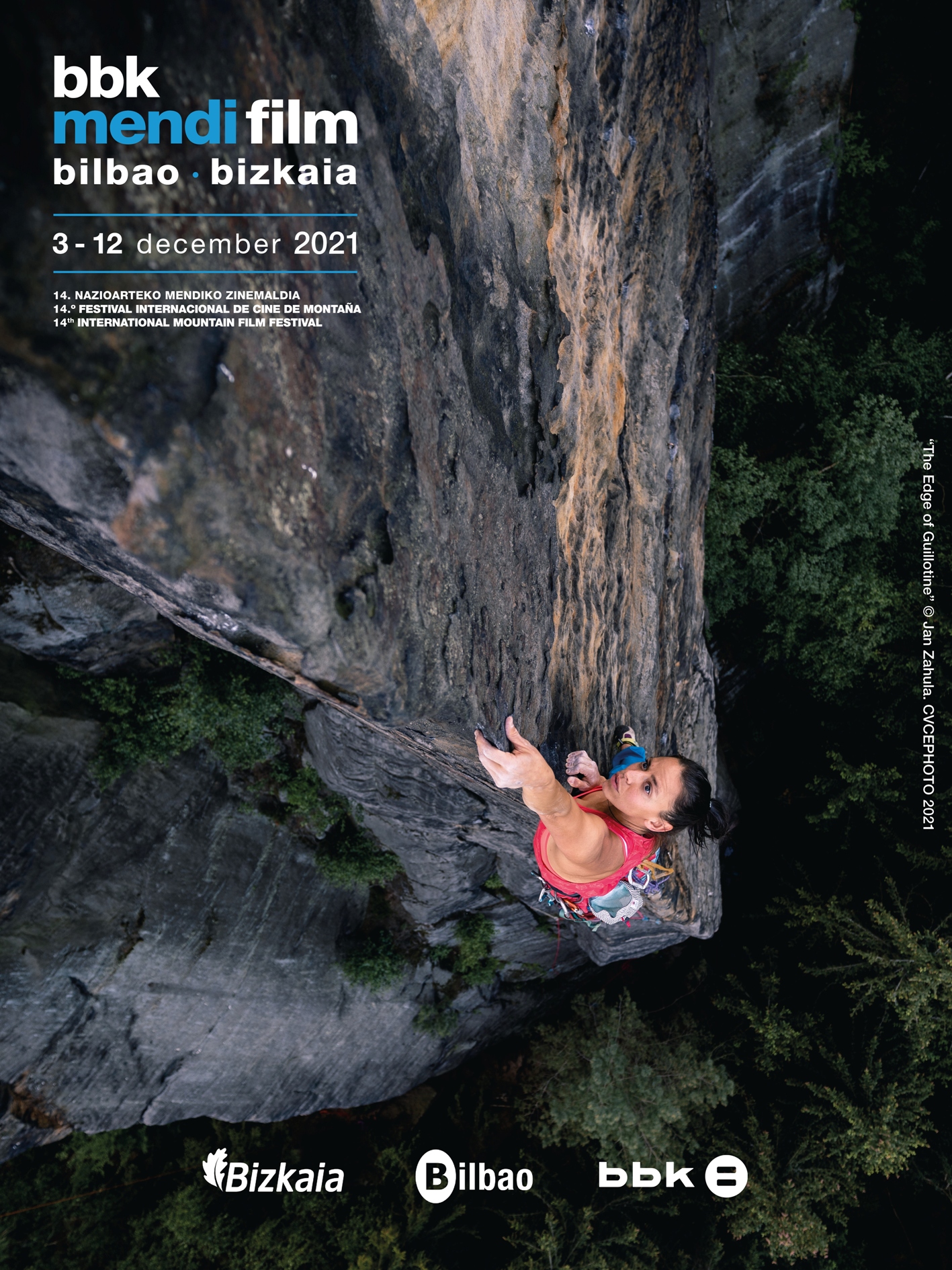 The setting in the image places us in the Elbe Valley, in the Bohemian Switzerland region of the Czech Republic. A paradise of rocks and sandstone mountains, on one of whose sharp edges the American climber Jenny Fischer appears climbing the "Guilotina VIIb" route.
Some story behind the image:
This is, therefore, the image of the poster for the 14th edition of BBK Mendi Film Bilbao-Bizkaia, suited with the main sponsors of the festival: Provincial Council of Bizkaia, Bilbao City Council and the BBK Foundation.

For the seventh consecutive year, the Club Vasco de Camping Elkartea from Donostia-San Sebastián has organized the mountain activity international photo contest CVCEPHOTO, in which since 2017 the prize for the image of the Mendi Film poster has been awarded, endowed with € 700.

2020: INTO THE LIGHT, Sandi Bertoncelj 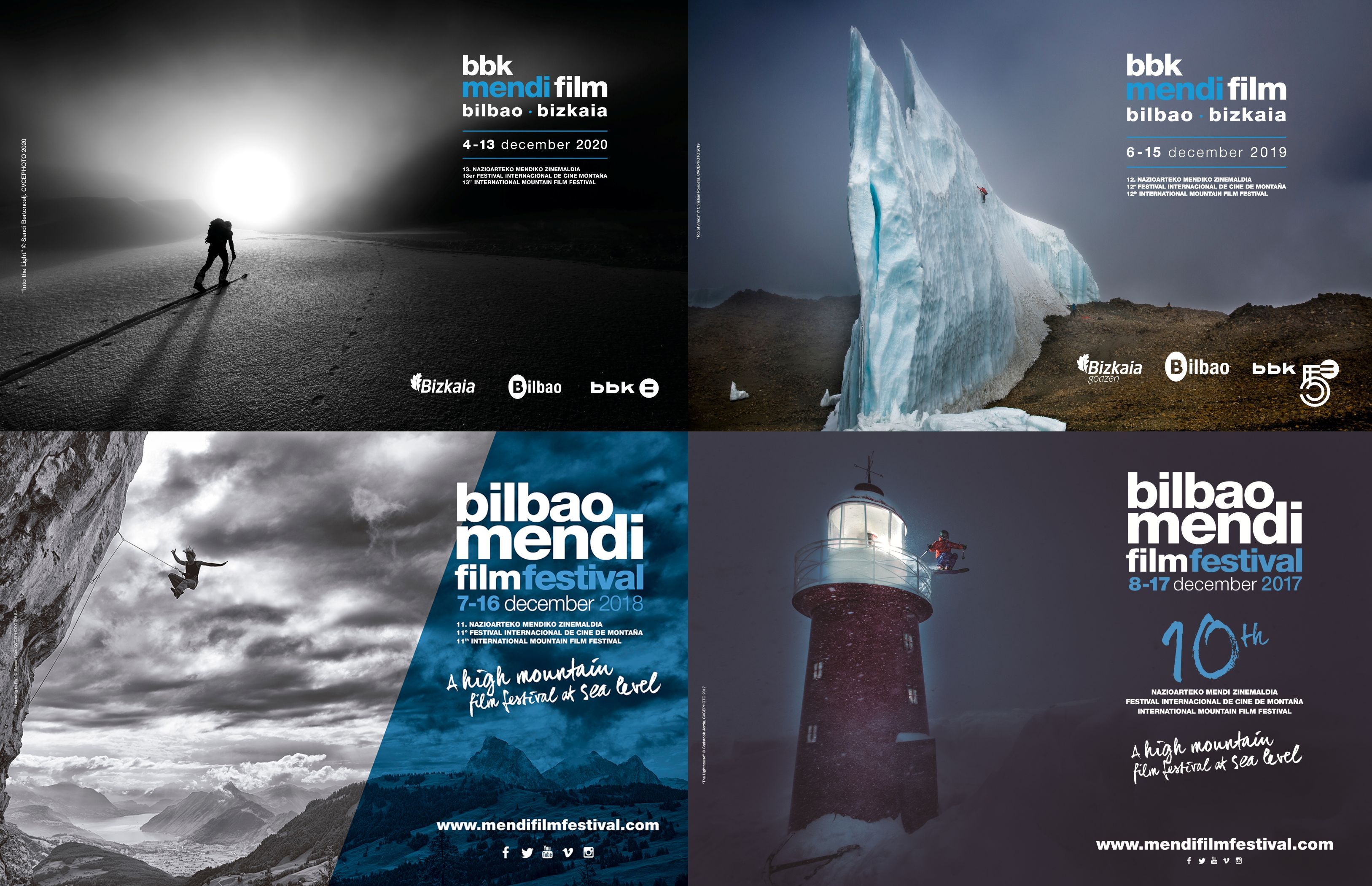 The 7th CVCEPHOTO awards ceremony will be held on May 29 at 6:00 p.m. at the Teatro Principal in San Sebastián, in an event open to the public, with reduced capacity. The winner was the Polish Marcin Ciepielewski, with his photograph "The X", the second prize went to the French Alex Buisse, with "Moulin" and the third prize went to the Italian Alessandro Cantarelli with the photo "Lavaredo's Gloria" . The seventh edition has brought together the work of 372 authors from 58 countries, who have submitted a total of 952 photographs.