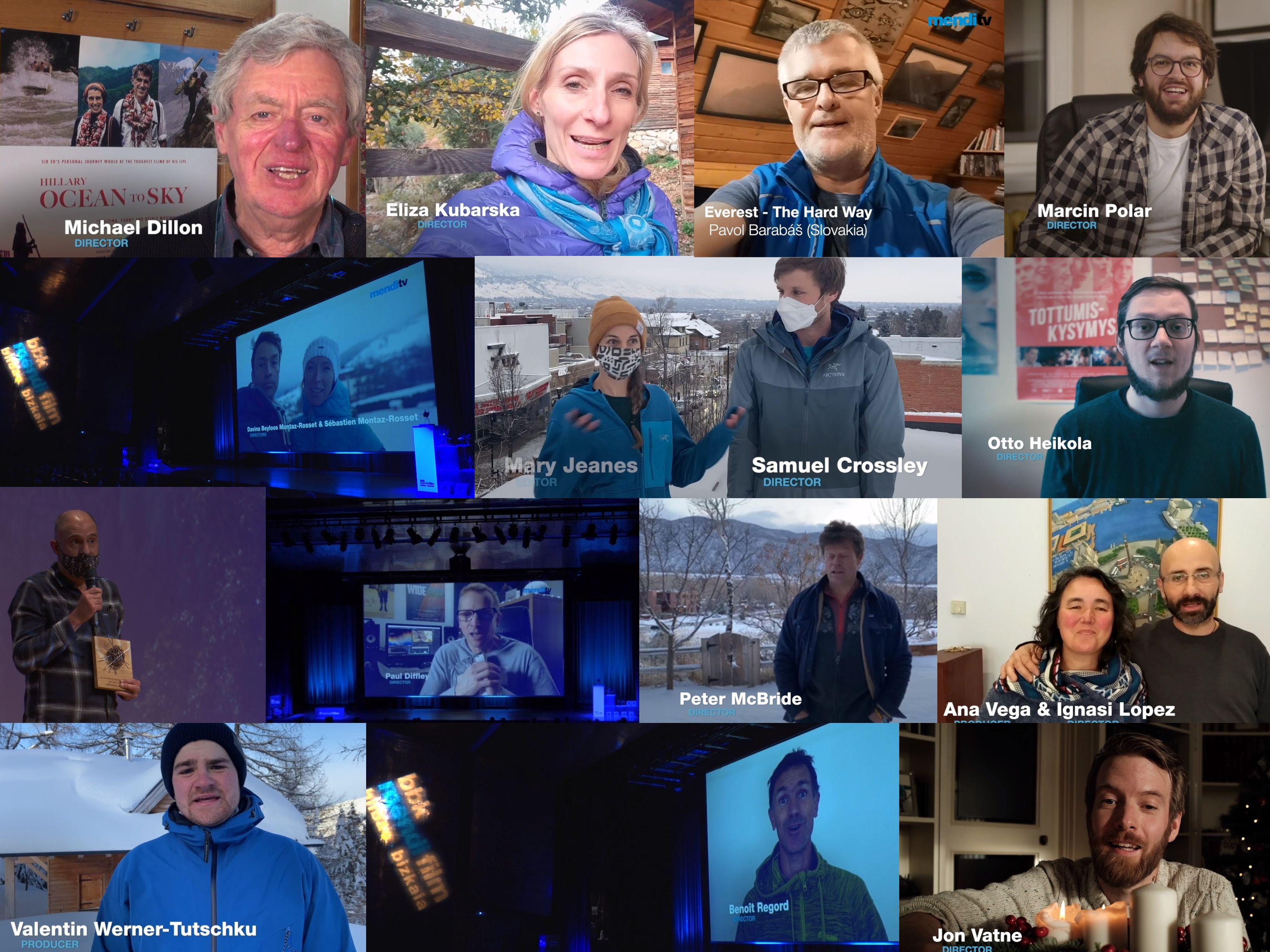 Film submissions are open for the 14th edition, which will take place from 3th to 12th December 2021. Interested producers, directors, and filmmakers must submit their films by 15th September 2021. Every film related to the following subjects is eligible for submission: alpinism, climbing, mountain and adventure sports, skiing, extreme sports, ecology, environment, ethnography, nature… Participation is restricted to those productions made from the 1st January 2019 onwards.

All the prizes of the Official Selection will have an economic endowment in addition to the "Eguzkilore" Trophy. € 24,000 will be distributed in prizes.

In the 2020 edition, 175 films were submitted, representing 36 countries, the highest number in the history of the Mendi, and 54 of them were chosen for the Official Selection.