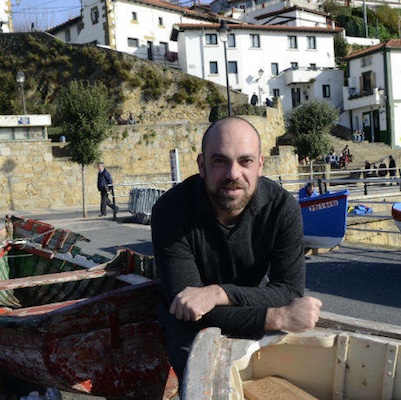 'Bertsolari', musician and etnographer. He moves from square to square since in 1999 he won the 'Euskal Herriko Eskolarteko Bertsolari Txapelketa'. He is the current champion of the ‘improvisers’ of Bizkaia and has been finalist seven times since 2000. In addition he combines 'bertsolaritza' with many other disciplines: theater ('Bertso Tranpak'), music ('Hudaltzainak'), literature ('Oroimenaren lupa') ... internationally investigates and experiments around the oral improvisation in Brazil, Argentina, Uruguay (the parliament of the country declared his stay in the national interest), Palestine, Kurdistan, Greece, Ireland… He also plays the violin and flute, and he is the singer of the 'Gibelurdinek' group.