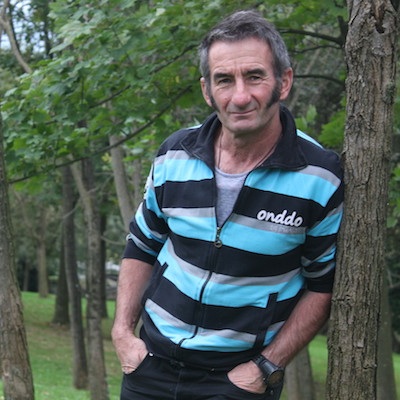 Director of the film ‘Kaxkagorri’

Joxe Ramon Agirre (Ataun, 1959) has  been always connected  with the mountain. In 1995 he began working in the audivosual world. He has worked in numerous documentaries, always about  travels or Mountain. In TVE he worked for the porgramme "Al filo de lo imposible" and in ETB he directed the "Operación Pirineos " programme. He has also done humanitarian aid. In Kakkot, a village in the west of Nepal, he instal solar panels for school and homes and made several works to have light and electricity, all financed by the municipalities of Ataun and Amezketa. As for mountaineering, he has done a lot of challenges. Among others, he had raised the Everest, Kilimanjaro, Aconcagua, Makalu II and Broad Peak´s central summit, among others. From the last two he jumped paragliding.