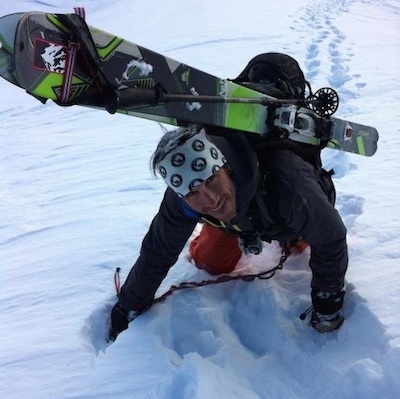 Iraitz Ezkergain went to live in La Grave, in the french Alps, in 2009 and since then he has not stopped skiing.  He is used to ski on slopes of 55º and with a lot of exposure, and to make long trips with skis in 4,000m. He started guiding in Norway in 2012, and since then he passed five months every year in this country, working as independent mountain guide for different companies. He has more than 150 summits  and he has risen about 60 times to the top of Nacional Norway mountain called ‘Stetind’.
He has recorded his story in the film “Iraitz, le basque de La Grave’, wich is going to be projected outside the official section of Bilbao Mendi Film Festival.