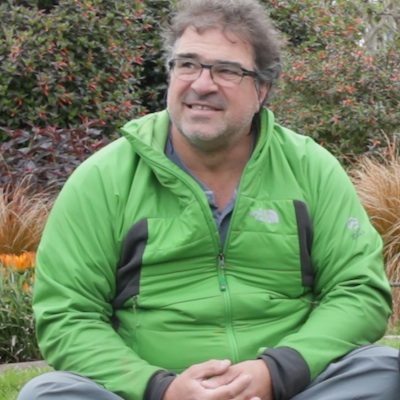 Protagonist of the film ‘Biziminez’

Arza Antxon began working with 18 years as monitor of rock and ice of the National School of High Mountain and a teacher of skiing in the CRC, and has always been passionate about rock climbing, rafting and caving. Being a pioneer on the descent of many Pyrenean rivers led him to work as a specialist for the TVE program "Al Filo de lo Imposible" until 2000. In a 15-meter jump in the river Yuruaní of Venezuela, he broke two vertebrae and the accident left him in a wheelchair. But that has not stopped him to get on with his life, "before I skied standing and now sitting, before I set me up for the half marathon and now I swim every day to participate in the Getaria-Zarautz, before I went to the mountain walking and now in quad... I feel fortunate to have had a second chance to continue to enjoy nature together with others," he says. Currently it helps companies to deepen in securities offering conferences, through which it has received the 2010 Award Manager Speaker.

The film ‘Biziminez’ will be presented in Sala BBK on December 12, at 5:15pm.