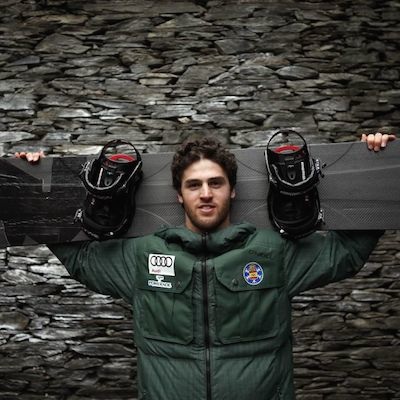 Protagonist of the film 'Gigantes Paralelos'

The young 21 year old San Sebastian was a precocious skier. It began with only two years and five and competed in Alpine Skiing. At seven he switched to snowboarding and 15 was presented to the championships in Spain, with very good results. Following that he began training with the national team Boardercross.   For a long time he did not get good marks in this mode, but still continued to train relentlessly, until the reward came in 2012 and won the European circuit. From there it has been achieving increasingly better results, to become world champion Snowboard in March this year. ‘Gigantes Paralelos’ is a sign of their daily struggle to achieve his dream.