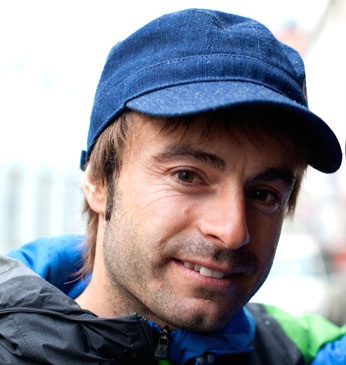 Protagonist of the film “Big Men”

Eneko Pou has always been dedicated to the mountain, not close to anything. Something that allows him to be today Instructor of the Basque School of High Mountain and to have Ski Teacher Diploma. As climber has reached the eighth grade, and as a mountaineer has participated in several expeditions, which highlights the attempt to Annapurna 1999, with Juan Oiarzabal and Juan Vallejo. Another of his aspects is ice climbing, something unknown in our country. Eneko has practiced this type in the world, from the Alps to Canada through the United States. Also he emphasizes his passion for skiing, mode in which it has come to draw surprising declines extreme skiing. Examples are the direct descent of the north face of Monte Perdido, the normal route of Midi D'Ossau, or Colouir Swam of Astazous. His big bang as a climber was in 2003, with the project '7 Walls 7 Continents' with his brother Iker. He visits Bilbao Mendi Film Festival to talk about his experiences as the protagonist of the movie 'Big Men.'