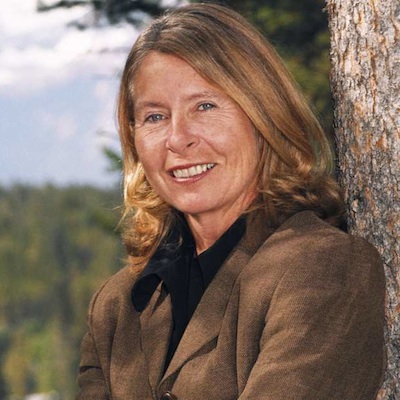 With a degree in English Literature and Music, is author of eight books on mountaineering and mountain culture, including 'Freedom Climbers', awarded with four major prizes, including the Boardman Tasker Prize for Mountain Literature and the Banff Mountain Book Festival Grand Prize. She was awarded ITAS Prize for mountain writing and is a three-time winner of India´s Kekoo Naoroji Award for Mountain Literature. In 2011 the American Alpine Club awarded her their highest literary honor for excellence in mountain literature. She has also received the Alberta Order of Excellence, the Summit of Excellence Award from the Banff Centre, the King Albert Award for international leadership in the field of mountain culture and environment, and the Queen´s Golden Jubilee Medal. Bernadette is an honorary member of both the Polish Mountaineering Association and India´s Himalayan Club as she currently serves on the international advisory committee for national Geographic´s Expedition Council. She will present the spanish version of her book 'Freedom Climbers', 'Escaladores de la libertad' in Sala BBK, on December 12, at 12:30.