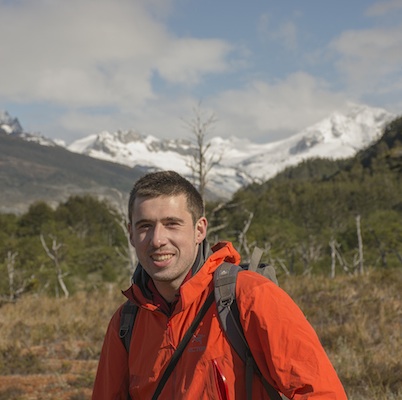 Protagonist of the Mendi Talk about ‘National Geographic’

Eñaut Estibaritz Izaguirre (November 30, 1990) from Elgoibar (Basque Country), has a degree in geography from the UPV. After finishing that, he moved to Punta Arenas in Chilean Patagonia, for a master's degree in Sciences with a major in Antarctic Glaciology at the University of Magallanes.   From childhood he has been fond of mountaineering and natural landscapes. Ice, glaciers and high mountains have always attracted attention. In addition to his BA he has also completed the first level Mountain Media Guide.   In Punta Arena he had the opportunity to participate in multidisciplinary Cordarwin 2013 expedition which reached the vicinity of the Monte Sarmiento in the Cordillera Darwin in Tierra del Fuego. Currently he has been awarded with a grant from National Geographic to develop his project "Incognita", to be presented at the Bilbao Mendi Film Festival.