BMFF will pay a warm tribute by awarding the 2015 WOP Prize to Josep Manuel Anglada, who has been at the forefront of mountaineering since the 50s. He is also author of many legendary openings in Ordesa, Montserrat, and Pedraforca, and he climbed dozens of virgin peaks in the Andes, Greenland, Hindu-kush... In addition, he was also the first European in a difficult route in Yosemite. At 82 he keeps climbing with his wife Elisabeth Vergés, also a pioneer of women's mountaineering. Both protagonists of the mountaineering history of the 20th century will join us. 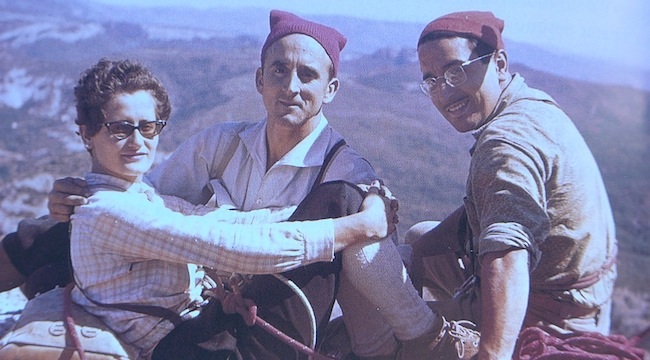