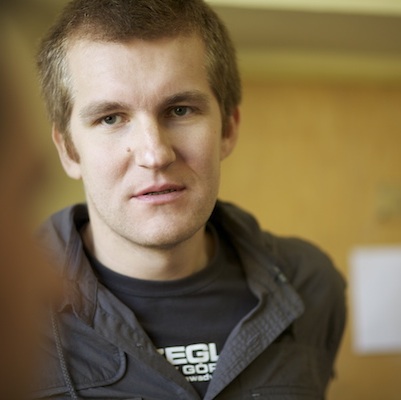 Director of the film 'Jurek'

Pawel Wysoczanski born in 1980 in Głogów - Poland.  He was graduated in the University of Silesia in Katowice, Krzysztof Kieslowski Faculty of Radio and Television.  He is author of documentary and feature films: ‘Point of view’, ’Flying education’, ’On the road’, ’We will be happy one day”, awarded at film festivals in Poland and abroad. Author of photo exhibition ‘In the shadow of sun’ documenting his travels to Ethiopia and Sudan. His last work, a documentary ‘Jurek’ about a famous mountaineer Jerzy Kukuczka, is distributed in cinemas all over the world, and also in Bilbao Mendi Film Festival. Now he is  working on a film about Somalia.