The history of mountaineering and climbing films becomes a book 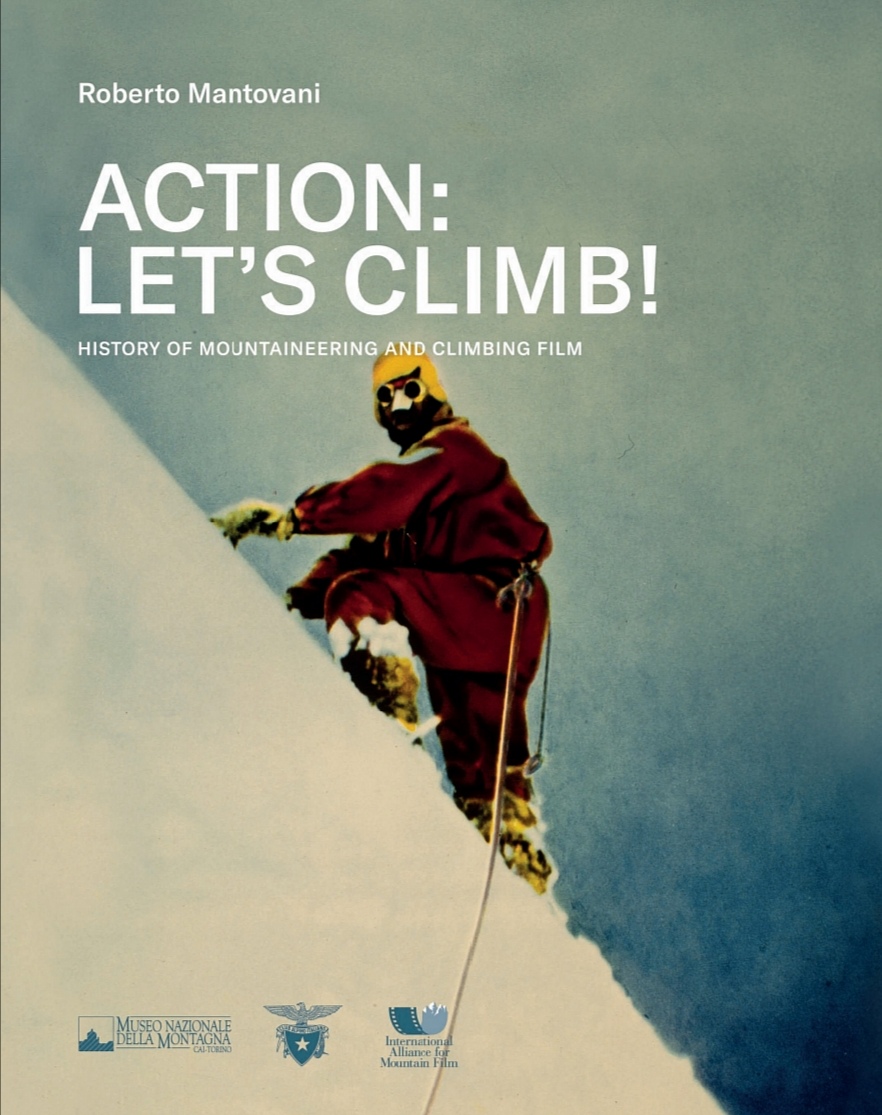 Written by Roberto Mantovani, Action Let's Climb! is published by the Italian Alpine Club with the International Alliance for Mountain Film and the Museo Nazionale della Montagna of Turin, Italy.

From the first mountaineering films released in the early years of the "short century", to the digital cinema of the new millennium, passing through hundreds of feature films and documentaries over a period of one hundred and twenty years.

The volume Action, let’s climb! History of mountaineering and climbing film by the journalist Roberto Mantovani, curated by Marco Ribetti, deputy director and curator of the Historical Film and Video Libraries of the Museomontagna and coordinator of the International Alliance for Mountain Film, traces the long history of mountaineering cinema focusing on its most significant chapters and widening its gaze also beyond the Alps - birthplace of this genre - to embrace the mountains of the world: from Eastern Europe to the Americas, from Russia to Australia and New Zealand.

Published by the Italian Alpine Club with the International Alliance for Mountain Film and the Museo Nazionale della Montagna – CAI Torino, Mantovani's book is the first publication on the history of a film genre, never officially recognized as such by critics or production, but highly regarded by the fans of the world of heights.

The work is based on a research carried out on public and private archives, first of all the exceptional heritages of the Historical Film and Video Libraries of the Museomontagna and of the Film Library of the CAI, as well as on the reviews presented over the years in the specialized film festivals. It can be seen not only as the history of mountaineering cinema, but also as the history of mountaineering through cinema.

The posters and the photos accompanying the texts were selected from among the thousands of items of the Cinema Documentation Fund of the Museomontagna's iconographic collections; some images of more recent productions were provided by the Trento Film Festival - Mountains and Cultures, the first of its genre in history (est. in Trento, Italy, in 1952).

"With his cinematographic tales, Roberto Mantovani, in addition to having filled a publishing void to the benefit of film and mountain lovers both, also vindicates the historical dignity of mountaineering – today included on UNESCO’s Intangible Cultural Heritage List – and with it that of the climbers of every epoch", writes the President of the CAI Vincenzo Torti in the first pages.

"Today the Alliance is 20 years old. To celebrate this anniversary, we decided to gift ourselves the publication of this volume on mountaineering film, which will be useful not only for those working in the sector but also for anyone interested in finding their way around a world that changes so quickly", says Javier Barayazarra, President of the International Alliance for Mountain Film.

Action, let’s climb! History of mountaineering and climbing film (205x260 mm format, 252 pages) can be purchased in the Italian specialized bookstores and online at store.cai.it at a price of  € 39.90. Purchasing the book online you will also receive the e-book version for free. English and Italian versions available.