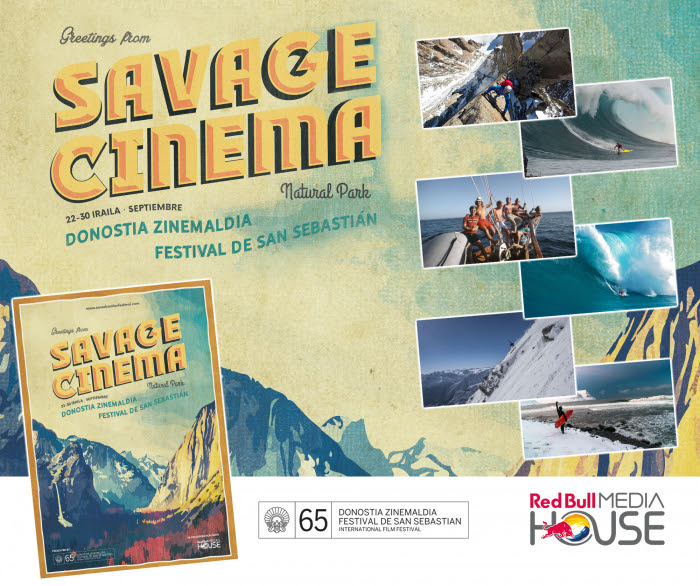 65th San Sebastián International Film Festival presents Mountain - A Feature Documentary, a poetical film honouring the beauty of summits underlied with narration of Willem Dafoe and a special soundtrack by the Australian Chamber Orchestra, that will see its premiere in San Sebastian in collaboration with the Bilbao International Mountain Film Festival.

The line up of this year consists of the latest films from famed moviemakers Rory Kennedy and Jennifer Peedom; a French production helmed by Serge Hazanavicius and starring Bérénice Bejo; the tale of how a surfer’s paradise in Indonesia was found and kept a secret for years; a personal project from prestigious photographer Chris Burkard; and a biographical movie about the surfer Kai Lenny. These are the six films rounding up the fifth edition of Savage Cinema, a non-competitive section in collaboration with Red Bull Media House, which specialises in sports and adventure films.

Peedom, BAFTA Best Documentary nominee for Sherpa in 2016, presents Mountain, a poetical film honouring the beauty of summits underlied with narration of Willem Dafoe and a special soundtrack, that will see its premiere in San Sebastian in collaboration with the Bilbao Mendi Film Festival. An ambitious project which, with Tout là-haut / To the Top, first fictional movie to appear in Savage Cinema, starring Bérénice Bejo and directed by Serge Hazanavicius, opens the section to new genres.

The search for paradise, a recurring theme in the Savage Cinema programme, returns with Secrets of Desert Point, one of the few adventures of the 20th Century still to be told. Ira Opper, pioneer producer and distributor of action sports content, recovers images recorded by Bill Heick, lending shape to that savage surf discovery which has remained secret for 40 years.

Under an Arctic Sky, by photographer Chris Burkard, represents new forms of exploration, where imagination and technology are key to finding new nirvanas, this time in the freezing coastline of Iceland.

The final two films are biographical movies about exceptional lives. Take Every Wave (Sundance 2017) is a biopic signed by Rory Kennedy, director of Ghosts of Abu Ghraib (winner of an Emmy in 2007) and Last Days in Vietnam (nominated for a Best Documentary Feature Academy Award in 2015), documenting one of the few surfers to enter popular American imaginary Laird Hamilton. While the sport is developing, there are new icons evolving, one of them being Kai Lenny, multiple World Champion, whose progression and connectivity with the ocean is portrayed in Paradigm Lost.