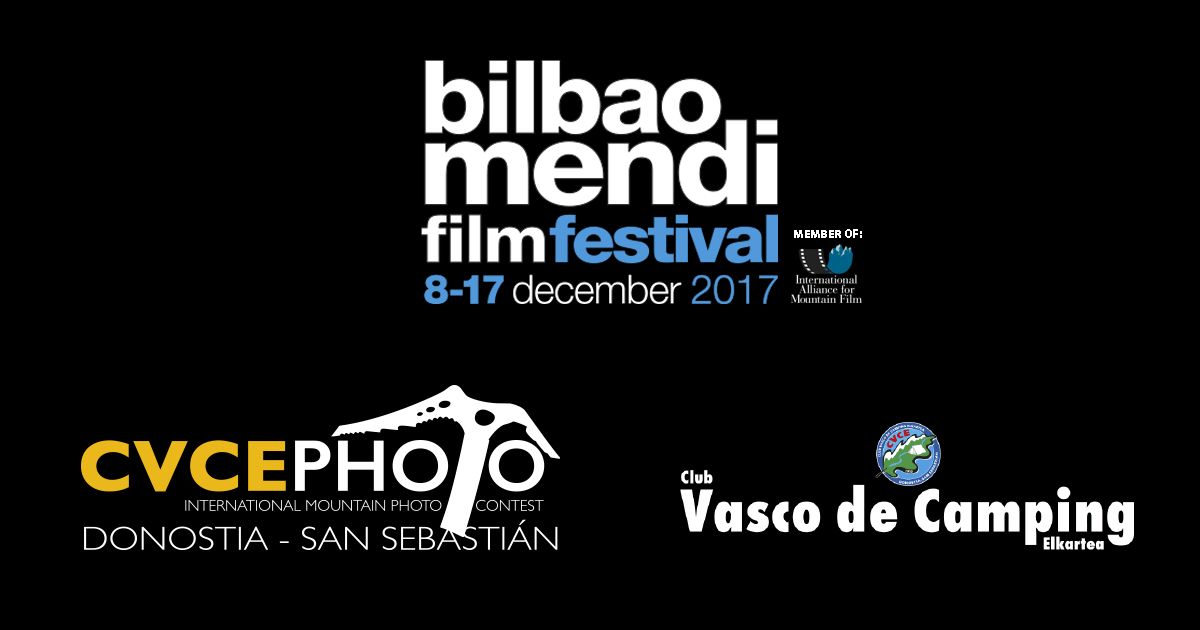 The period of registration for the third edition of CVCEPHOTO, the international contest of mountain photography of CVCE, is open until the 31th of March, and this year announces a new award related to the Mendifilm: 'The POSTER BILBAO MENDI FILM FESTIVAL Prize' , which is the award to choose the official poster of the 10th edition of the Mendi Film Festival, which will be held on 8-17 December.

BILBAO MENDI FILM FESTIVAL, an associate of CVCEPHOTO, included in the INTERNATIONAL ALLIANCE FOR MOUNTAIN FILM, is a recognized festival of mountain and adventure cinema that is celebrated in Bilbao, Basque Country, Spain. All the photographs presented to CVCEPHOTO will compete for this prize. We will look for photographs which can be used both, in horizontal or vertical format, that contain space for the incorporation of text or sponsor logos without excessively altering their significance. Images with elements or equipment with logos too visible will be rejected. The photo must not have been used previously in an advertising campaign. The “Cartel BMFF” prize-winning photograph cannot be used in any advertising campaign until the BMFF has been concluded (December, 2017). This email address is being protected from spambots. You need JavaScript enabled to view it. www.cvcephoto.com In every other aspect, we will apply CVCEPHOTO´s general rules, including RAW and high resolution JPG requests. The image will be used as the poster of the BILBAO MENDI FILM FESTIVAL, as well as streamers, cards, web, etc… to promote the contest, always crediting the author. The property and the rights of the image will continue to belong to the author of the photograph.