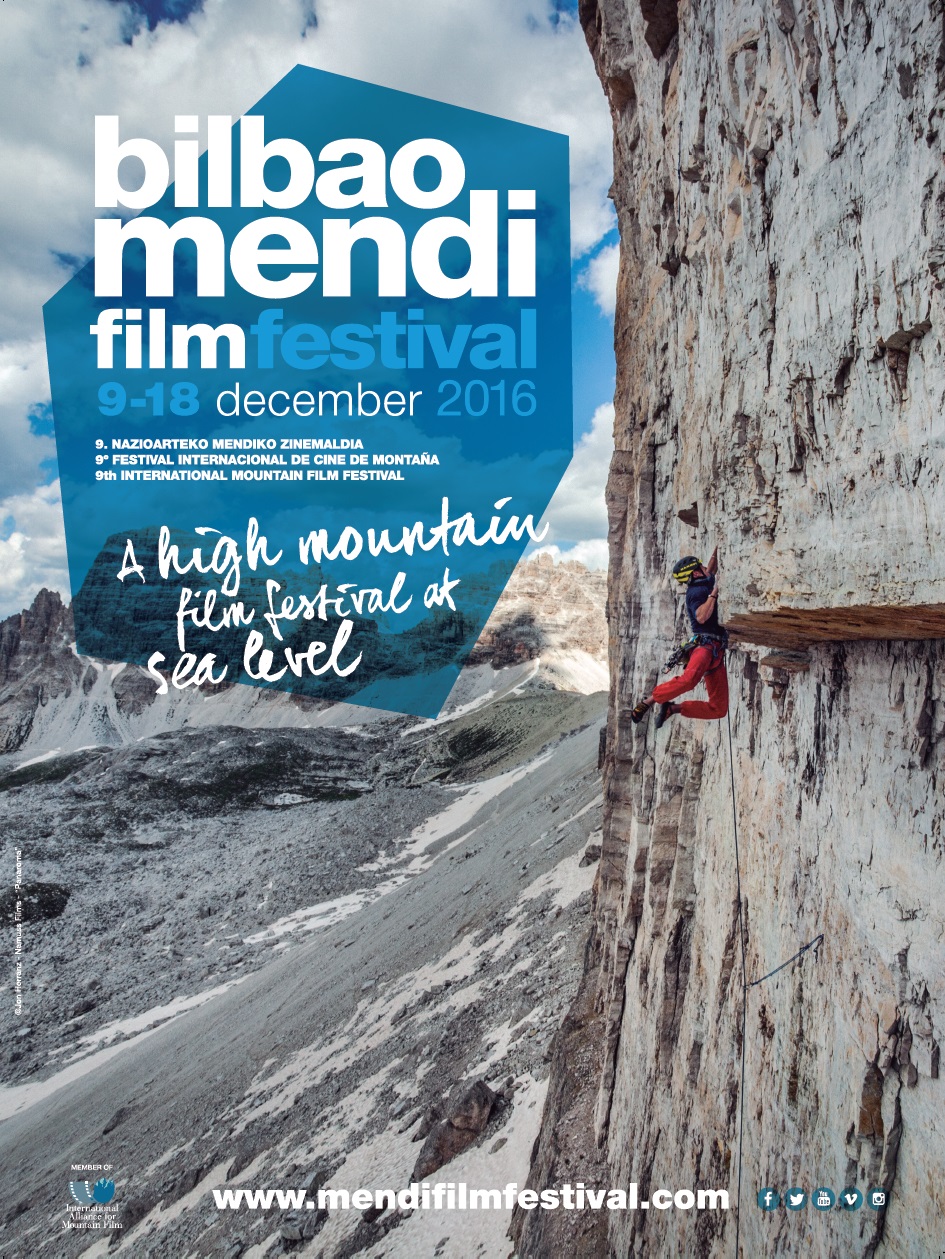 Edu Marín climbing one the roofs of ‘Pan Aroma’ (8c/500m) at Tre Cime di Lavaredo (Dolomiti, Italy). His father Francisco Marín 'Novato' and both managed to climb the route in free, in July of 2014.

Namuss Films (Jon Herranz & Gerard Peris) reflected the activity with the film 'Panaroma' presented at the Official Section of Bilbao Mendi Film Festival 2015. Jon Herranz, director of the cinematography of the film, is the author of this picture that evokes effort, courage, tenacity and camaraderie, fused with a fantastic landscape and environment.

And it has been choosen as  the image of the 9th edition of Bilbao Mendi Film Festival which will be held between 9th and 18th of December 2016.