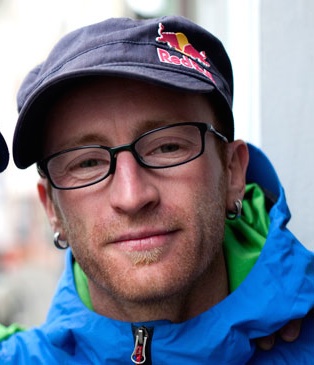 Protagonist of the film ‘Big Men’

Iker Pou has always sucked from mountains, that´s why he knows them as anyone and that´s why he shows a greatest respect for them. While his brother Eneko focused more on other disciplines, Iker caught sport climbing routes reaching the first 8c, 8c + and 9a soon. He is recognized internationally as one of the best and most complete climbers. His conditions for climbing are amazing, and you just hang on his fingers just a crack millimeters wide to dazzle anyone. As an example, suffice it to say that he won the Second World repetition of the mythical route 'Direct Action' (Germany). This route 9a supposed his ultimate accolade internationally, being the youngest climber that succeeded. Since then he collects handfuls of 8a and 8b +, enormous difficulty routes, some of which he has opened. And he is the first state climber who has completed three routes on the 9th (the hardest level). But Iker has never been made only sport climbing. He has always tried to combine wall routes and mountain getaways to disconnect from the climbing environment and enjoy the other side of mountaineering. He visits Bilbao Mendi Film Festival starring in the movie 'Big Men'.